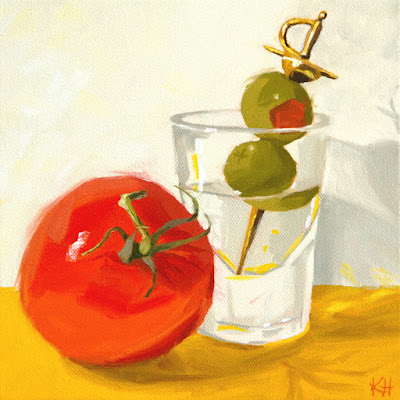 I first heard this term on International Talk Like A Pirate Day (September 19th).  Originally it was an order for one of the most difficult and dangerous repair jobs aboard a ship.  The crew members who followed through would be awarded an extra ration of rum or grog afterwards.  The term eventually morphed to mean a celebratory drink on special occasions.

To view available works please visit my gallery:https://www.dailypaintworks.com/Artists/kerry-hastings-hogan-8028
Thank you!
at 8:52 PM
Email ThisBlogThis!Share to TwitterShare to FacebookShare to Pinterest